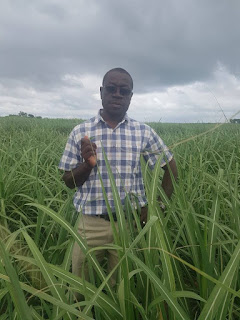 "We need to teach you how to vote properly for better leaders as votes are more powerful than even bullet. Be cautious when electing your leaders.

"We support people with a vision, not those who buy beer and drinks for the people. We need someone who constructs permanent structures like bridges and schools. Musikavanhu and Bhila constructed a block at Kushinga Primary School and also at Batanai. Musikavanhu had also wanted to construct a bridge but was let down by people who have no brains," said Mukanya.

The event was attended by many people including Musikavanhu, Bhila, Samson, who is Bhila's mother-in-law, and Obert Ngwenya.

The victorious Team Lacoste camp here has been divided due to political misunderstandings, with provincial political commissar Jevas Masosota, who is vying for Chiredzi East parliamentary seat, taking sides in the other areas.
He is backing Ronald Ndava for Chiredzi North, Francis Moyo for Chiredzi West, Ailes Baloyi for Chiredzi South and Titus Maluleke who is Ndava's father-in-law.
Chiredzi North MP Mukwena is lying low and is not on the list of contestants as he reportedly refused to apply.
Many people say he is contemplating joining the National Patriotic Front (NPF) which is led by Ambrose Mutinhiri.politics