Councillors in near fist fight over liquor licence 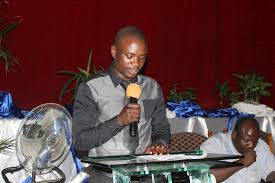 TellZim Reporter
MASVINGO - The atmosphere at Masvingo City Council chambers was so tense during a full council meeting on Monday, with councillors nearly exchanging blows during a heated argument over whether or not to grant a local businessman a liquor licence at a corner shop in Hillside suburbs.
It was indeed a moment of madness as the city fathers appeared to have suspended their reasoning, with each side pushing for its resolution to sail through raising suspicion that both groups of councillors might have been bribed either to block or to make sure that the licence is granted.
Councillors Garcia Mundondo, Babylon Beta and Richard Musekiwa - who are in the Housing and Social Amenities Committee, walked out in protest. They were seething with anger as they had attempted, but in vain, to withdraw the matter back to the committee for further scrutiny.
The other group consisting councillors Godfrey Kurauone, Lovemore Mufamba, Against Chiteme and Daniel Mberikunashe wanted the local businessman Taurai 'Bucho' Mudzviti to be granted the liquor licence.
Interestingly, both sides accused each other of being bribed and threatened to spill the beans to the media.
"We are not going to accept that; we know they were bribed that is why they want to grant the license but we cannot betray the residents who have objected," Mundondo, Musekiwa and Beta claimed while outside the chambers.
Councillor Kurauone from the affirmative group also asked his fellow councillors to come clean and declare interests on the matter.
"You should declare your interests; how did residents get to know about the matter before an advert is published by the media? It is clear that someone from your committee leaked the issue because you have interests," Kurauone charged.
Mundondo, Musekiwa and Beta's argument was that the businessman cannot be granted the license because of two reasons; firstly, the premises were meant for a corner shop / shoprite in the high density suburb and secondly, because there were residents who had since objected to the application for change of use.
Councillor Kurauone then proposed that the person be granted the license but should advertise in the media first.
Mundondo immediately stood up, removed his reading spectacles exposing his seemingly angry face, and threatened the other councillors with unspecified action if they did not want the committee to withdraw the matter for further scrutiny.
Councillor Mufamba immediately joined in and demanded that the house decide by way of voting, which Musekiwa and Mundondo vehemently rejected. Mundondo went on to accuse Mufamba of once blocking a similar bid from former Masvingo Urban legislator, Daniel Shumba's a few years ago.
"Iwe Mufamba wakambonyimisa futi Shumba gore rakapera hausvodi wakaita seiko. Hakuna munhu unopiwa licence tadzosa nyaya ku committee kuti timboiongorora futi (What kind of a person are you Mufamba? You once blocked Shumba last year. No one is going to be granted license because we withdrew the matter and the committee shall look into it again)," fumed Mundondo.
Mufamba responded and threatened to report Mundondo, probably to Zanu PF party senior officials for his utterances.
"The committee is not bigger than the council; you cannot withdraw the matter again for the second time. We have to decide by way of voting. I am going to report you," Mufamba fought back.
The debate even went deeper and got too personal with Kurauone revealing how Musekiwa also got a liquor licence for his corner shop.
Asked by TellZim News why he now did not want another businessman to be given a liquor license when there was a precedence, Musekiwa said two wrongs do not make a right therefore, there was need to correct that other than continuing on the wrong path.
"We cannot continue with a bad precedent; we have to correct that," said Musekiwa.
The trio of Musekiwa, Mundondo and Beta, however, lost the battle as the Acting Mayor James Chiwara ordered the chambers to decide by voting, a development which has never happened in the history of the council.
Knowing that they will be out-matched the trio of Mundondo, Musekiwa and Beta walked out in protest leaving the five other councillors to vote, granting Bucho the licence.top story