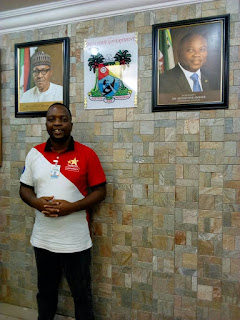 MASVINGO - Dream Zimbabwe (DZ) executive director Wilson Chivhanga has challenged the youths in Zimbabwe to participate in the upcoming harmonised elections as they cannot really expect to be leaders of a tomorrow they did not map.

DZ is a youth-led organisation founded in 2017 to enhance youth participation in democratic processes through promoting democratic governance, human rights and citizen participation.

Chivhanga said young people should participate by voting as well as by standing as candidates in the general elections if they are to claim their rightful stake in the affairs of the country.

"Youths cannot be the leaders of a tomorrow which they did not help shape. They can lead today by making sure that they participate in events which will shape the future," said Chivhanga.

He also said youths tend to overlook the importance of voting and do not know that their voice is important.

He said democracy could not work without the active participation of the majority of citizens, with history having shown that a collective youth vote could actually sway an election.

Chivhanga also said he would like to partner TellZim News to have interviews and guest columns and offer public debates on youth participation in elections.

He also highlighted reasons why youths do not participate in elections, saying young people have largely been neglected in decision-making processes hence they do not see the need to participate.

He said there was a cultural phenomenon that elders should lead, adding up to discriminatory primary election entry requirements by parties and financial constraints as some of the reasons why young people are not dominant in political offices.

"Because of the financial constraints, the youth do not have a fair chance in politics as they will be doing something else to survive. Young people, as a result, find themselves playing second fiddle to dominant political players who are often older, more resourced persons," said Chivhanga.

In Masvingo, the trend shows that many Members of Parliament (MPs) are older men, mostly in their late 40s going upwards but their campaign managers are mostly much younger men who, if better resourced, would be MPs themselves.