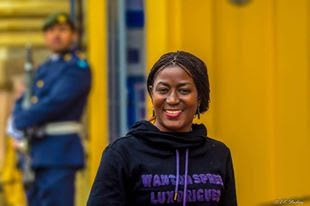 Recently, police captured self-confessed criminal Charles Matanga Magombedze who had gone on a spate of violent rapes and murders against countless women.

Although he was sentenced to a total of 72 years in prison before being referred to the High Court to face multiple counts of murder, there is still palpable fear in many communities in Chivi district as people believe was not acting alone.

The Economic Justice for Women Project (EJWP) has identified the many reports of marauding robbers, rapists and murderers commonly referred to as 'mabhinya' as a setback against efforts to encourage more people, especially women, to go and register to vote.

The organisation is targeting to work with organised groups of sex workers in the area as project ambassadors.

It aims to take a leading role in mobilising community leaders and members in enhancing active participation in electoral processes.

"People in Ngundu are living in fear for 'mabhinya' and the rising speculation has kept them afraid. In this regard, the mobilisation process tends to be harder as people cannot freely walk to registration centres.

"Some people now have to accompany their young children to and from school so walking to Chivi Rural District Council offices to register to vote is no longer a priority," Mutsamvi said.

A woman from Chivi South said it was true that freedom in the area had been dealt a blow by the fear of bandits, such that woman would go out only when there is a burning need to do so.

"I am fortunate because I registered to vote long back when all this had not started. Now it's something else, the environment is different and women are the most affected," said the woman who requested anonymity.

Zimbabwe Election Commission (Zec) has not yet been able to establish an on-site voter registration kit at Ngundu despite representations by the organisation and other stakeholders in Chivi.

On that issue, Mutsamvi said such a kit would help much in efforts to improve voter registration figures in a constituency that has emerged as being among those with the least number of registered voters so far in Masvingo province.

She said it was high time women, rural women more so, realised their importance and used their numerical advantage over men to register to vote in their thousands so that their concerns can stand a better chance of being heard.

"There is need to continue developing the capacity of rural as well as other groups of marginalised women to take part in the informed selection of political leaders," she said.

She said the group was running another mobilisation project in Beitbridge targeting people with disabilities while seeking to enhance their active participation in electoral processes.