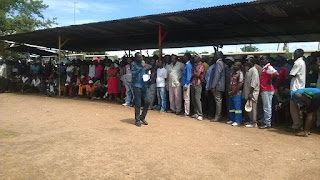 ZSMIWU was the first respondent while Justice George Smith was the second respondent in this case.

The facts are that on October 18, 2017 Justice Smith, having heard both oral and written submissions from ZSMIWU and ZSMIEA, delivered his award in a matter involving the issue of disputed wage increase which was in favour of ZSMIWU.

The award indicated that ZSMIEA shall increase the wages for ZSMIWU at the rate of 15% for Band A employees and 7.5 % for Band B employees. The wage shall be with effect from April 1, 2017.

Zimbabwe Sugar Milling Industry Employers Association wrote an opposing letter on behalf of Hippo Valley Estates Limited and Triangle (Pvt) Ltd calling for the set aside of the arbitral award by Justice George Smith citing it was contrary to public policy of Zimbabwe.

"The contention by the applicant is that the said arbitral award is contrary to public policy of Zimbabwe more particularly in that 'it would render its operations unsustainable and near insolvency with the inevitable consequence of massive loss of jobs for its employees.

"Further, it is based on speculative reasoning, no basis is given for the percentage of wage increments granted by the second respondent, it is clearly discriminatory in its award of increments to both A and B Band members and its award of 15% to the A Band members is well above the first respondent was actually demanding," reads part of the judgement.

ZSMIWU argued that the mere fact that an award is not favourable to a party or that it is not what that party expected does not make an award contrary to the public policy of Zimbabwe. The applicant also did not present evidence before the second respondent on its revenue and expenditure.

"...given the general micro and macro-economic fundamentals in the contrary any wage increment would be unsustainable is unhelpful. As to discriminations between grades the first respondents position was that the applicant which is not an employer but an association representing related entities such as Tongat Hulett Zimbabwe (Major shareholder), Hippo Valley Estates Limited, Triangle (Pvt) Limited and Zimbabwe Sugar Association cannot complain on behalf of various employees who are happy with the decision," reads the judgement.

Finally, the High Court ordered that the ZSMIEA application be dismissed with costs on a legal practitioner and client scale.