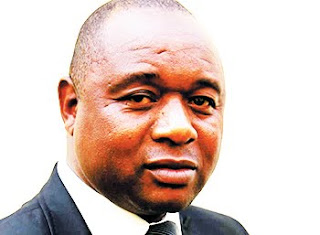 MASVINGO - Deputy Minister of agriculture Davis Marapira has been accused of abusing presidential inputs to gain political mileage in his Masvingo North constituency as Zanu PF gears towards primary elections on May 5.
Sources who spoke to this publication on anonymity confirmed that they witnessed the ferrying of three by 30 tonnes of fertilisers and other presidential inputs products left at Grain Marketing Board (GMB) Masvingo Depot to Masvingo North.
There are also allegations that some of the inputs were kept for more than three months at Matove Primary School in his constituency.
Matove Primary School head, Munashe Sorofa confirmed that there were agricultural inputs kept at his school but refused to mention the owner and referred all questions the School Development Committee (SDC) Chairperson.
"I'm on my way to the school from Mashava. I was phoned to bring the keys to the room where the inputs are kept since they are being distributed today (Thursday). The SDC chairperson asked for permission to keep the inputs and I think it's now three months but I'm not sure who the owner is. Maybe the chairperson knows," said Sorofa.
Marapira told TellZim News that the presidential input scheme is an ongoing process and all districts were being covered.
"It's an ongoing process and we are allocating these inputs to all districts in the province. These are mere allegations that associate with every leader but the truth is we are distributing them equally to every constituency," said Marapira.local
Share !