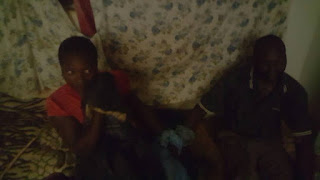 MWENEZI – Mafomoti Primary School head, Peresu is reportedly nursing severe injuries sustained from a thorough beating he received after being caught with his married lover deep in the night.

The woman's husband works in South Africa but he reportedly set a trap and caught the two lovebirds inside Conwell Peresu's bedroom late at night last week.

District Schools Inspector (DSI), Lackson Zanamwe was not accessible for comment as his mobile was not reachable and Provincial Education Director (PED), Zedius Chitiga said he was yet to receive the report.

Peresu himself was not reachable when TellZim News called, but sources said the school head, whose own wife stays at their rural home, was caught red-handed entertaining his lover from the nearby Chikiti village.

"The woman's husband had been monitoring his wife's movements after he got a tip off from friends that his wife was in an adulterous affair with Peresu. He works in South Africa but he frequently comes home, so last week he showed up unannounced," the source said.

After finding that his wife was nowhere close to home, the suspicious man took three friends to Peresu's place where they found the two lovers in the bedroom, leading to a severe beating of the illicit lovers.

A report was made at Mwenezi Police Station where a statement was recorded, with Peresu reportedly agreeing to negotiate and pay compensation.

By the time of writing, Peresu was said to have taken sick leave and was reportedly getting treatment at Neshuro District Hospital.local