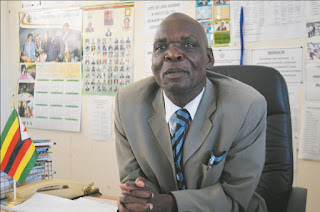 The man who was chosen to be the new Chief Gutu late last year has been dethroned before being formally installed following strong objections from some branches of the royal family that felt his selection was irregular.
Godwin Tavaruva, of the Chagwiza family, was selected to take over the throne from Edmund Managanise who has been acting chief since 2013 following the death of the substantive chief, Amos Kasirayi Masanganise.
Tavaruva is the son of formerly prosperous passenger bus services operator, Tanda Tavaruva of the Mhunga Bus Services.
The Provincial Chiefs Council convened a new selection meeting on April 24 at the Gutu Rural District Council offices following months of strong representation from the other families that objected to Tavaruva's ascendancy.
Some members of the Goronga, Bere, Chiriga, Chivasa and Rusina families say Mareya Chivasa is more suitable for the throne as he was older than Tavaruva.
It is said Chivasa had been detached from family affairs for over 20 years, resulting in him being overlooked when the initial selection process was done.
Others are vouching for Lawrence Bere to take over though the current dynamics are said to be favouring Chivasa.
Both Chivasa and Bere are also from the Chagwiza royal family.
When asked for comment, Gutu District Administrator (DA) Wafios Hlavati said several complaints had forced authorities to reconsider the selection of Tavaruva.
"We decided to redo the selection because soon after the initial selection, several complaints were presented to us. We then advised them to write a letter of appeal to the Provincial Administrator which led to the new selection meeting," said Hlavati.
The council of chiefs and the royal families then agreed to make further investigations on to the Chagwiza family tree in order to find the most suitable candidate between Chivasa and Bere.
No comment could be obtained from Tavaruva as his mobile continuously going unanswered, with some people saying he has not been feeling well for some time.local