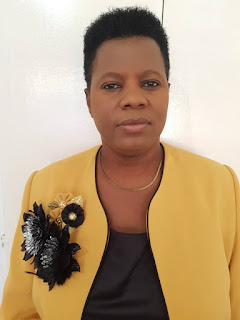 MASHAVA – Masvingo West's Ward 5 Zanu PF councillor apparent, Aleta Makomeke says it will no longer be business as usual once she wins the primary elections this weekend as well as the general elections expected later this year.
Makomeke says as the shadow councillor, she has been working under the guidance of the local MP, Ezra Chazamira together with the electorate and has implemented many projects in the ward for the betterment lives.
"I have been working with the people and have been doing some projects. I am sure this is the right time for me to represent the people of Ward 5 at a higher level. There are many things we can accomplish together," said Makomeke.
She also said once given the mandate, she will work to ensure that some identified administrative policies are reviewed so that areas like Mashava mine can be serviced by Masvingo Rural District Council.
"Since the mine closed down many years ago, some services that used to be the responsibility of the mining company can no longer be delivered. This is the time to transfer that job to the local authority because the people there have been neglected for long.
"Areas like Disso have experienced water shortages for far too long so one of my priorities will be the delivery of clean and safe water to drink," Makomeke said.
Makomeke said she also wanted to work for the welfare of the many old people in the ward, most of whom are living in absolute poverty.
"People who worked for the mine must get their pensions or their packages. The elderly and other poor people must get social welfare benefits," she said.
Makomeke, who has many school children under her school fees for needy children programme, says improvement of the girl child's access to education as well as the improvement of learning conditions will also be some of her priorities.top news
Share !