Home » »Unlabelled » Respect us or we walk away, TZ warns MDC Alliance

Respect us or we walk away, TZ warns MDC Alliance 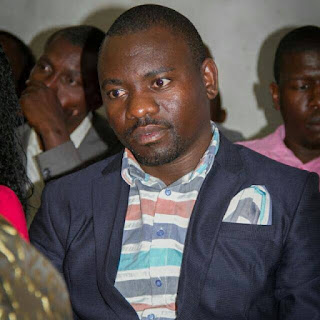 There are mounting rumours that Transform Zimbabwe (TZ) will dump the MDC Alliance and go it alone in the upcoming general elections if their concerns are not quickly addressed, TellZim News can reveal.

The Jacob Ngarivhume-led opposition party has many festering grievances chief among which is the general feeling that TZ members are treated as junior partners in the alliance.

The party also accuses MDC-T of going against the agreement that no other party will field candidates in constituencies and wards allocated to alliance partners under the existing seat-sharing arrangement.

Ngarivhume's home area Bikita East, for example, has been allocated to TZ which wants Cleopas Muridzo to contest but MDC-T is reportedly positioning Robson Mudzingwa to contest.

TellZim News also spoke to another aspiring MDC-T candidate, Edmore Marima who lamented that Mudzingwa was reportedly being positioned to contest the seat at the expense of more senior party members.

"We are told the young man has already sent his CV and is enjoying the support of some powerful individuals. I don't mind because I know I have the support of the people of Bikita East," said Marima, confirming his own intention to contest.

The constituency's wards were also allocated to TZ but the MDC-T Masvingo provincial executive is reportedly fielding its own candidates in defiance of the agreement, with one Moses Maphosa as the party's Ward 31 prospective candidate.

In Masvingo South, another TZ reserve, the party wants its presidential spokesperson, Justin Makota to contest but the MDC-T Masvingo executive is reportedly positioning its own candidate; Lovemore Matongo.

Although talk of a possible departure from the alliance first came out during TZ's elective congress towards the end of March, it all became apparent during a press conference addressed by Ngarivhume in Harare later on.

"Transform Zimbabwe Congress acknowledged the compromises made by the party in accepting a 19 seat allocation in the MDC Alliance. Among the concerns raised was the general disregard for the letter and spirit of the Alliance agreement by MDC-T through appointing candidates in constituencies earmarked for Alliance partners.

The Alliance institutionalisation process has not progressed as agreed and there was a general sentiment that the Alliance was now heavily reliant on MDC-T party infrastructure," reads part of the statement.

If TZ makes good on its threats to leave the coalition, it would deal a big blow to efforts towards consolidating opposition forces against Zanu PF, with MDC-T still smarting from a break with its vice president Thokozani Khupe, party national chairperson Lovemore Moyo, national spokesperson Obert Gutu and national organiser Abednigo Bhebhe among others.politics.