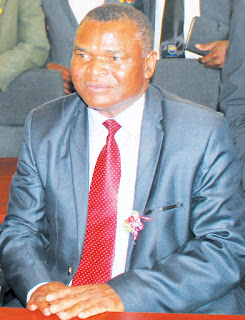 ZAKA – With many schools having taken the responsibilities of supplying their own fabric to pupils, many are failing to provide the uniforms in time regardless of having received full payment from parents and this has haunted the Roman Catholic run St Anthony Musiso High School whose pupils are learning in tack suits after the school failed to supply the already paid for uniforms.
Provincial Education Director (PED) Zedius Chitiga said pupils should go to school with uniforms and it is the parents' duty to make sure that their kids have uniforms and it does not matter where they get the uniform as long it is the right one
"It is wrong for schools to force parents to get uniforms from the school. If they want to provide the uniforms there has to be an agreement with the parents. If they agree to it then they have to supply the uniforms in time.
"Some schools add a little extra on the uniforms but the money has to be reasonable and affordable to parents and should be used for the development of the school. If the school fails to provide the uniform then it has to let the parents buying the uniforms for their kids," said Chitiga.
Parents who spoke to TellZim News said they were worried that the school is misusing their money as they were asked to pay $260 for girls and $265 for boys towards uniforms but the school hasn't delivered enough uniforms.
"We were asked to pay money for the uniforms at the school and the school will supply. What is surprising is that we have reached the end of the term and yet some of our pupils are yet to get their uniforms," said one parent who refused to be named.
Another parent expressed concern over the issue saying some pupils were given shirts only and some got trousers only and many are attending lessons in track suits and said the colors also don't match indicating that they are bought from different suppliers.
"Our kids are attending lessons in tracksuits like they are in AFCON but we have paid all the money. The challenge is that they contract suppliers who have no capacity to deliver because they are bribed. A plain shirt costs US$5 but the school sells it for US$16, we don't know if the logo costs 11 dollars," said another parent.local
Share !