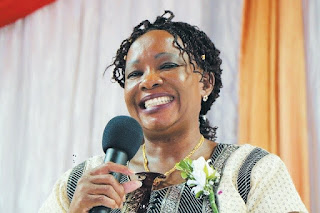 MVUMA - Zanu PF Midlands provincial youth chairperson, Prosper Machando allegedly attacked aspiring Ward 13 councillor Tremendous Musara, accusing him of campaigning for Chrispen Tomu.
Tomu, who is known in business circles by his trade name Nice Time, and Machando are both angling to take over the Chirumhanzu Zibagwe parliamentary seat from first lady Auxillia Mnangagwa who recently announced she was no longer available to serve as MP.
Sources told TellZim News Machando hired youths to attack Musara, accusing him of supporting an opponent.
When contacted for comment, Zanu PF provincial spokesperson, Cornelius Mupereri confirmed the incident but could not shed more light.
"We heard about the issue but we aren't yet privy to all the facts. Investigations are underway and as Zanu PF, we are saying no to violence be it inter or intra-party. We are really looking forward to a peaceful election," said Mupereri.
Machando, however, denied being involved in the violence, saying such talk was the work of his detractors who wanted to give Tomu an upper hand in the race.
"I am not a violent person as everybody I have worked with in the party knows. Musara is an unstable politician who is trying to open doors for an MDC-T activist to campaign under the Zanu PF banner. It is for this reason that he is creating all these falsehoods," Machando said.
In a social media outburst, Musara who reportedly sustained injuries on the wrist during the attack, demanded an apology from his assailants.
"To all those who attacked me, I want you to apologise before I make this matter a police case. If you don't comply I will not need a witness, Nice Time shop security cameras have all the evidence I need so please, do as I say and I give you 24 hours," reads Musara's message.politics
Share !