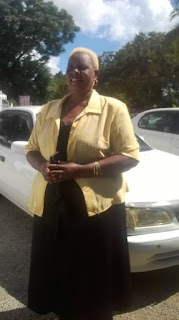 Tinaani Nyabereka
GWERU - The Women Coalition of Zimbabwe (WCOZ) has called for political parties to come up with ways that make it possible for females to have as much representation as men in the upcoming general elections.
Speaking at a workshop recently, WCOZ Midlands chapter chairperson Violet Magodo said her organisation had come up with a 50\50 campaign mechanism which has seen many political parties appending their signatures.
"As WCOZ, we call for all political parties to create and maintain equal representation in their parties so as to give women adequate room to participate and assume leadership positions in the coming elections.
"We need change in terms of our approach to governance. Parties that will not field candidates in a zebra fashion, we will mobilise our members to reject," said Magodo.
She however admitted that many parties that had signed the equal representation charter were failing to live up to it.
"It's unfortunate that some political parties that signed the document are not implementing the recommendations. They are just saying it by word of mouth but are not implementing it on the ground. Women are being side-lined and we don't want that," said Magodo.
She urged women to contest for political positions so that they don't continue lagging behind and being looked down upon.
"We encourage women to participate in politics and economic issues. Through our confidence capacitation programmes, we are helping to elevate the status and role of women in our communities in such institutions as the church, government and at home.
"We are championing a women empowerment agenda because we know that women are facing various problems in society, some of the problems being a direct result of male chauvinism," she said.
The workshop, held under the theme 'A Zimbabwean society were women and girls enjoy their rights', was attended by government representatives, political parties, women with disabilities, women in business and members of other civic groups.local