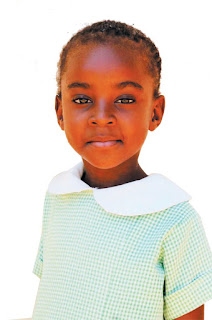 ZVISHAVANE – Nine-year-old Makanaka Sibanda, a grade 3 pupil at Shabani Primary School, has left her contemporaries awed after winning a ZB bank essay writing competition for 2017.
As a result of her efforts, Makanaka – who was eight-years-old when she wrote her winning essay – has become US$150 richer and has earned US$100 for her school.
She beat all other pupils of her age who are in the ZB bank administrative region. These include Zvishavane, Masvingo, Mberengwa, some parts of Chirumhanzu, Chiredzi, Nyika, Mwenezi and Chivi districts.
Speaking to TellZim News, ZB bank Zvishavane branch manager, Titus Mzondo said he was very impressed by the performance of children from Zvishavane schools.
"I am very much delighted because top prizes in this competition came to participants in Zvishavane. The competition was divided into four categories in all of the seven ZB administrative regions. The first was for the children and it is Makanaka Sibanda who won.
"Children were asked to write an essay on the question 'What does sustainable food production mean to you?' The second category was of the juniors which was also won in Zvishavane by Sikhululekile Mpofu of Shabanie Mine School.
"The third and fourth categories were for secondary pupils and they were both won by Pamushana High School (of Bikita)," said Mzondo. education
Share !