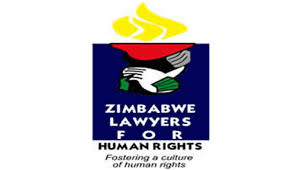 Brighton Chiseva
CHIVI – Villagers of MazowanI in Chivi south are claiming compensation from TelOne for the damage wrought on their crops by the activities of the telecoms company's contractors digging data circuit trenches from Beitbridge.
The affected villagers are Sikhohliwe Chimunhu, Noyah Machanja, Emelly Machanja, Mapope Chakweva, Jeremiah Machanja, Letwin Nyangai, Robert Chakweva and Joyce Chakweva.
Through their lawyers from the Zimbabwe Lawyers for Human Rights (ZLHR), the villagers say they were not consulted when the contractors bulldozed through their fields.
They also claim they were ignored when they tried to raise their concerns.
In a letter dated February 27 and addressed to TelOne head offices in Harare, the affected people express their displeasure at the behavior of the contractors.
"Sometime in late January 2018, subcontractors from your company came to Mazowani village with bulldozers and they bulldozed down security fences and crops which belonged to our clients.
"Our clients tried to engage them on why they had not consulted them or even explained the nature of the work they were doing, these concerns from helpless villagers fell on deaf ears," reads part of the letter.
The letter also indicates that when they tried to engage Masvingo TelOne office through their lawyers, they were given a cold shoulder.
"They proceeded to brief their lawyers who on their behalf tried to engage one Mr Mberikwazvo from the Masvingo TELONE office, who was very harsh and very dismissive," reads the letter.
The villagers also say they are willing to settle the matter out of court if they are given the requisite courtesy by TelOne.
The letter also says the company is at liberty to send evaluators to assess the cost of the damages. local.