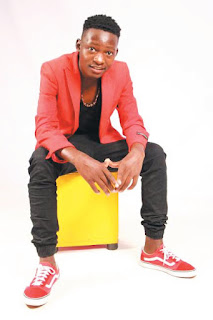 ZVISHAVANE - Upcoming Afro pop, dancehall and reggae musician, David Makoni aka Datler, has blasted club DJs and music promoters for pulling down new artists, claiming microphones and sound systems are often tempered with whenever supporting artists get onto the stage.
Makoni told TellZim News in an interview that there was a palpable lack of commitment to the growth of upcoming artists in the industry.
"One of the challenges we face as artists is sabotage by club DJs and promoters who do not give us a fair opportunity to showcase our talents. Whenever we get onto the stage, there are problems with equipment but everything gets sorted as soon as it is time for the main act to perform.
"That alone is a big drawback for us because all the energy and zeal would go if fans lose interest and in some instances, they would throw missiles onto the stage," said Makoni.
The talented artist warned there was no easy way for musicians who are yet to make their own names, advising them to keep working hard and avoid drug abuse.
"We need to work harder in this industry. Some use drugs and get involved in pornography in order to make it but that is not the answer. If you are a decent musician, your conduct and your work should inspire society," he said.
Makoni started his music in 2013 doing hip-hop but changed to Zim dancehall with his track Amai which became a hit on local radio stations such as YA FM and 98.4 FM.
On March 30, he released his first album, Gaya, which comprises such tracks as Hwahwa, Mainini and Naume.entertainment
Share !