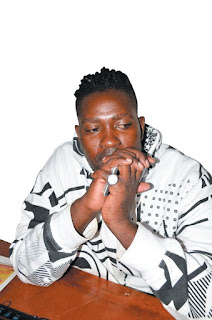 ZVISHAVANE - Musician Admire Sibanda, popularly known as Chief Shumba, has urged pirates to copy and sell his music as that would make him more popular.
Sibanda said the shortage of music marketing companies made the few available ones concentrate on already established artists thereby giving new comers a raw deal.
He told TellZim News that piracy was the only way struggling upcoming musicians could rise to fame although many in the music industry do not agree with him.
Sibanda recently released his 4th album since his shift from gospel music to hwenje.
"Piracy has been good to me and now, I can feel that I have risen to another level. Piracy has been the only source of publicity that we have as musicians from this small mining town of Zvishavane," Sibanda said.
"I know that some famous musicians in the industry will not agree with me but I desperately need piracy now so that whatever fame I have already established can improve. I want pirates to help me go international," Sibanda said.
Chief Shumba gained popularity after he released his song 'Mabvaru', which is an anthem for local football club Shabanie Mine.entertainment
Share !