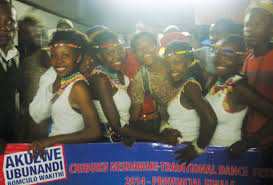 The festival, which boasts some of the most valuable entertainment franchises on the local arts front, begins on June 02 at Tandarai Bar in Marondera, Mashonaland East.

Several traditional dance groups will compete for the title which was previously won by a Mufakose-based group called Culture Warriors.

On the same day, there will also be another competition in Mashonaland Central at Club Changaz at Cemetry.

Harare province, being the previous year's winner, will be hosting the festival competition on June 09 in Mbare at Pfumojena Beerhall.

In Masvingo province, the festival will be held on June 23 at one of the biggest bars in the country; Chigarapasi Beerhall, Chiredzi.

In Manicaland and Bulawayo, the festival will be held on July 07 with Neighborhood Tarven Bar and Phekiwe Beerhall being the respective hosts.

In the Midlands province, the event will take place at Mutamba Caravan Park, Gokwe, on June 23 while Matabeleland North will have its turn in Hwange at Jabulani Social Club.

The finals will be held in August 4 in Mutare at Manicaland Showgrounds.business