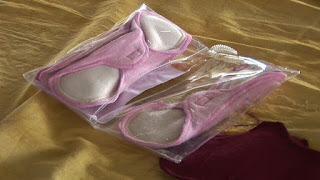 Shingirai Vambe
MUTARE – Chiedza Community Welfare Trust (CCWT) in Bonda has certified a new sanitary towel with the Standards Association of Zimbabwe (SAZ) which the community based organisation intends to put on the market on May 28, which is the Menstrual Hygiene Day.
The CCWT sanitary towel can be washed and re-used again, add was developed with support from that Southern African Aids Trust (SAT.
Its uptake among locals is yet to be seen, with many people who can afford alternatives said to be hesitant on using it since they are used to the disposables that they consider more hygienic.
People who spoke to iTell News said the towel was welcome in the community since most teenage girls came from poor backgrounds where proper sanitary wear is a privilege.
CCWT director, Gladys Mukaratirwa, who is a former matron at St David's High School, said the project was in response to the crisis that many poor girls faced during their period.
"Being a rural community, not all women can afford to buy the usual sanitary pads all the time so you find that some of them use rags and tree leaves. Many school children I have seen would tear off bits from their mattresses during their period. That is both unhygienic and a loss to the school that needed to replace those mattresses," said Mukaratirwa.
The new product has been praised not only for being cost effective, but also as more environmentally-friendly since many water bodies and the veld are now polluted by used diapers and disposable sanitary pads.
SAT country director, Mildred Mushunje said the new sanitary towel, which is packed in four different colours and three sizes, was set to make life easier for rural women and girls.
"It has passed laboratory tests at the Standard Association of Zimbabwe (SAZ). It has since been certified as safe for use," said Mushunje.local