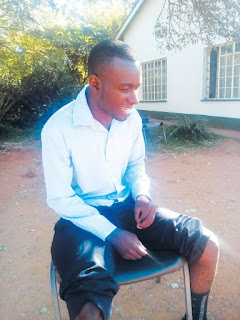 CHIREDZI - MDC Alliance president, Nelson Chamisa will win the upcoming general elections but President Emerson Mnangagwa will not relinquish power and civil war will be fought before the two men unite for an inclusive government, self-styled prophet Arnold Chikosi has said.
In an interview, Chikosi, of the Prophetic Generation Global Church, said he had a vision of Chamisa winning the election by a wide margin, but with Mnangagwa refusing to let go.
He said the nation was agitated as the incumbent refused to hand over power, with a full blown civil war only coming to an end through a government of national unity which accommodated many MDC officials.
He said he saw honey and milk flowing after the inclusive government as investors began establishing businesses in Zimbabwe.
"I came across a dream, where Mnangagwa was refusing to hand over power to Chamisa after he had won resoundingly.
"I saw a civil war, and a lot of blood was spilled but an inclusive government was formed afterwards and I saw Zimbabweans enjoying as most senior people from the MDC Alliance were holding influential posts in the new government," said Chikosi, who claimed a number of local politicians have visited him to seek his blessings in the primary elections.politics