Chipinge woman gangs up with nephew to kill baby 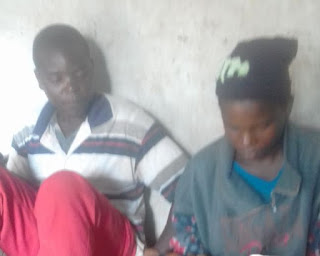 Knowledge Mhlanga
CHIPINGE - A woman from Village P of Bangira area under Chief Musikavanhu in Ward 17 and her nephew were recently arrested for allegedly killing their newly-born baby whom they conceived through an illicit sexual affair.
After killing the baby, the duo allegedly buried it in a garden on the banks of Musirizwi River.
Majika Zamukudzi (21) got pregnant through an extra-marital affair with her husband's nephew, Edison Ndangana (24), in the absence of her own husband who works in South Africa.
Soon after giving birth, she connived with the baby girl's father and allegedly killed her by pressing her fingers into her suture, causing the baby to nosebleed.
They then allegedly wrapped the body in a taxi bag and hid it in a garden in the Musirizwi River before Ndangana buried it in the woods.
Suspicion was raised when Ndangana's wife found Zamukudzi lying in her room bleeding profusely.
When asked what had happened, she claimed she had had a miscarriage but could not reveal where the dead foetus was.
A few days later, the matter was reported at Chikore Police Station, leading to a confession from the suspects and the subsequent retrieval of the baby's decomposing body which was taken to Chikore Mission Hospital for a post-mortem.court