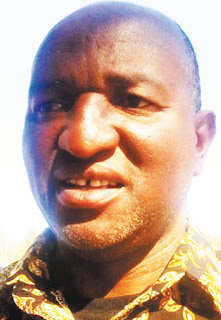 MASVINGO - In a brazen confession of the underground manoeuvres that are employed by the ruling Zanu PF to protect its senior party members in primary elections, politburo member Lovemore Matuke told a Provincial Coordinating Committee (PCC) meeting last Saturday that no one should question or oppose the list of winners as approved by the party leadership.
Matuke, who is also the Zanu PF national chief whip, said the party had the right to protect its senior members who might have fallen by the wayside in primary elections.
He claimed he himself was once forced to accept defeat when he had actually trounced the late Air Marshal Chief Marshal Josiah Tungamirai by over 6 000 votes against his 4 000.
He said in 2003, he contested against Tungamirai in the primaries for the Gutu North constituency by-election and defeated him but was told by the party leadership that he was too junior to displace Tungamirai.
He then accepted to have his winning votes donated to Tungamirai.
"I want to warn all the candidates here present that Zanu PF is bigger than any individual. The leadership has the final say on party candidates and when a decision is made, you should not challenge.
"These reruns being demanded should have been shelved because they further divide our people when we are dangerously approaching the elections. I can tell you that I won against Rtd Air Marshal Josiah Tungamirai back in 2003 but I was told to step aside for the senior member.
"I was told my results will be given to him and his to me but I did not object. I was told time will come for me to lead and here I am now, leading. Patience pays in Zanu PF and the party's decision is bigger than any individual," said Matuke.
As per the official results of the Gutu North by-election back then, Tungamirai polled 6 566 votes beating his rival Matuke who polled 5 053 votes and was declared winner by the then Masvingo Zanu PF provincial chairperson, Daniel Shumba.
Matuke said the primary objective at hand was for the candidates, both winners and losers, to find each other and campaign for the party.
"We are glad there are no re-runs (for parliamentary candidates) in Masvingo and we want it to stay that way. Re-runs only serve to further divide the party. Our primaries were held so we should close that chapter and move on.
"There is no party in the world which has water tight internal elections," said Matuke.
Matuke seemed to expose the manipulation of the votes to pave way for party bigwigs who would have been beaten by small names in primaries.
Preliminary results of the recent Zanu PF primaries had seen big names like Oppah Muchinguri and Chris Mutsvangwa falling by the wayside but they were mysteriously announced as winners.
Mutsvangwa had been humiliated in Norton but was later given a new lease of life after Langton Mutendereki, who won in the first round, withdrew from the rerun which was ordered after Mutsvangwa disputed his defeat.
In Zaka East, Gutu North and East and Masvingo North, losing candidates rubbished the results and demanded reruns but all in vain.top news
Share !