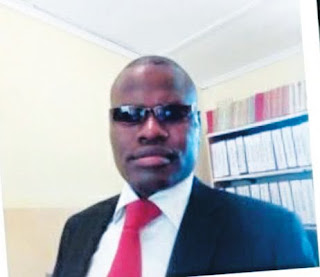 MPANDAWANA – Gutu Resident Magistrate, Edwin Marecha has been transferred to the Harare Magistrate Court where he is doing traffic court.
He had worked at Gutu Court from February 2015.
Other provincial magistrates that have been moved to Harare are Learnmore Mapiye from Kadoma, Nyasha Lee Vitorini from Mutoko and a Mapfumo from Chitungwiza.
Marecha was replaced by Victor Muhamadi from Masvingo.
The Judicial Service Commission (JSC) had transferred magistrates around the country amid reports of heightening corruption within lower courts.
The transfers, that began on May 01, come after Chief Magistrate Mishrod Guvamombe announced in November last year that there were going to be routine transfers of magistrates partly in response to endemic corruption that he said had permeated the bench.
He said some of the magistrates were going to being transferred for their bad records and suspicion that they were involved in corruption.
Other reasons for transfers were said to be the need for experienced and seasoned magistrates in Harare considering the nature of cases and swelling backlog.
Four provincial magistrates replaced juniors at the Harare Criminal Court while many junior magistrates were moved out of Harare.local
Share !