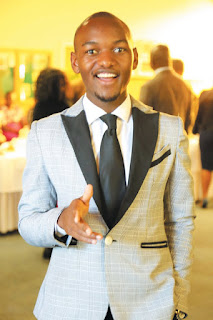 Young entrepreneur and author, Admire Makarichi has made it into the Zimbabwe Excellence Awards that will be held in Cape Town, South Africa, later this month.
The 22-year-old is a former Rujeko Primary and St Anthony's Musiso High pupil but is now based in Johannesburg.
He has been nominated for the Small Business of the Year category alongside many other competitors.
Initiated by Julius Shamu to honour individuals and organisations that are an inspiration to the Zimbabwean community in South Africa, the awards will be held on May 26 at J&J Conferences, Belmont Square Conference Centre, Rondebosch.
Makarichi grew up in Masvingo and went to Rujeko Primary, did part of his secondary education at Musiso before relocating to South Africa where he ventured into transport and logistics business at the age of 19.
He later ventured into fruit juice production before publishing a motivational book called Success and Inspiration at the age of 22.
Makarichi told TellZim News he was thrilled by the nomination and encouraged people to support him by voting for him on www.zimexcellencyawards.com.
"It is a pleasure being nominated for such important awards and I ask people to vote for me. The nomination was due to hard work, punctuality, professionalism and having a vision towards my work. I urge young Zimbabweans to keep pursuing their dreams in order to achieve their goals in life," said Makarichi.
The young businessman also helps people to start and grow their businesses by assisting them to evaluate their ideas to determine if they are worthy implementing.business
Share !