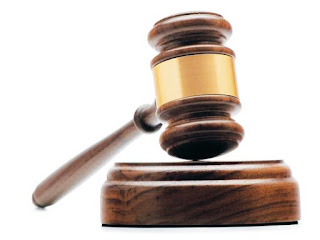 Councillor Decent Chikunya of Bikita Ward 17 appeared in the Masvingo Magistrates' Court on Monday for contravening Public Order and Security Act (POSA) Amendment Number 18 of 2017 Chapter 11:17, 'conveying a meeting without notifying the police or regulating authority'.
It is the State's case that on March 18, Chikunya who is a MDC-T member, unlawfully convened a political meeting in Bikita East at Mukamba where meetings are often held.
It is on that same day Zanu PF supporters intended to hold a sanctioned meeting.
A Zanu PF member, Chipiwa Chipare, of Nerunhengo village, who is the complainant, reported the case to the police.
The police came but found MDC -T members dispersing from the venue which led to the arrest of Chikunya.
Magistrate Langton Ndokera postponed the case to May 29 for continuation of trial.
Fidelicy Nyamukondiwa represented the State.local
Share !