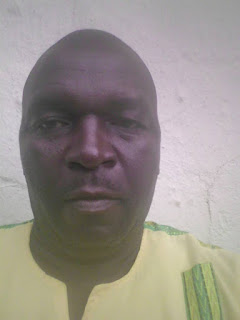 Munyaradzi Mutandavari
…party explores consensus in bid to avoid the Zanu PF experience
Siyabonga Sayi
GWERU - The MDC Alliance has said its prospective candidates will have to negotiate with each other and agree on the most suitable to run in the upcoming harmonised elections, TellZim News can reveal.
The coalition has insisted consensus would have to be fully explored first before candidates are rushed into primary elections that have, by the recent Zanu PF experience, proved to be very divisive.
MDC-T Midlands provincial spokesperson Munyaradzi Mutandavari told Tellzim News that the party wanted to be as united as possible ahead of the general elections.
"We expect all our approved candidates by the 12th of May to have negotiated amongst themselves and come up with the most suitable candidate to deliver victory for the Alliance. Where consensus is not reached, then we go for primary elections," said Mutandavari.
Mutandavari also outlined that the party expected all its candidates to focus on beating Zanu PF instead of competing against each other.
"We all have one common goal in the alliance, which is beating Zanu PF. We have therefore told our candidates to focus on that opponent and campaign as one family because we do not have room for factionalism, rumour mongering and character assassination.
"We will also treat our alliance partners with utmost respect. We will give them their rightful space to campaign and we will further go and introduce them in areas where they may not be well-known and explain to our members the alliance set-up," said Mutandavari.
Constituencies like Shurugwi South, Zvishavane Runde, Vungu, Chirumanzu Zibagwe, Mberengwa East have been set aside for alliance partners in Midlands.
Some alliance supporters in Vungu rural constituency say they are ready for a candidate from the MDC that is led by Welshman Ncube to stand against Zanu PF's Omega Sibanda who won the party's primaries.politics