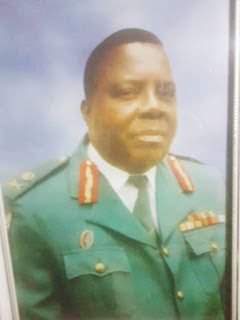 BIKITA - The Mkanganwi chieftainship dispute remains unresolved as the family which is supposed to lead cannot agree on who should succeed Alfios Njodzi Chinamho who died in 2017.

Last week, a selection meeting chaired by Albert Serima at Bikita DA offices could not reach a consensus, with one member of the Chiumburu family opposing the installation of Rtd Maj-Gen Gibson Mashingaidze.

The dissenting Chumburu family member wrote a letter to the Provincial Chief's Council arguing that the former soldier did not qualify, claiming his family had had its turn on the much coveted throne.

The Mkanganwi clan is made up of three main branches namely Funhiro, Mushanduri and Chiumburu families.

The Chiumburu family, which is made up of four sub-families itself, is said to be the most deserving of the throne at the moment but members neither agree on the suitability of Mashingaidze to rule, nor do they agree on any other different candidate.

The Chiumburu sub-families are Pambwei, Ruzhou, Chapwanya and Kufakunesu where Mashingaidze hails from.

Mashingaidze's opponents are mainly from the Chapwanya family led by Charles Chapwanya who argues that the Kufakunesu family cannot take the throne for the second time when other families have not yet had their turn.

Mashingaidze, however, maintains that it was, rather, the Pamwei family which held the chieftaincy in the past, not the Kufakunesu family.

"I am the legitimate candidate for the chieftainship. All arguments that are being made by some people are enemies of progress who do not know our history and the culture of our people.  Some things are sacrosanct; our flag, our national anthem and the Constitution which is the supreme law of the land, going against it is a confirmation of madness," Mashingaidze said.

On his part, Serima said due to the controversy surrounding the matter, he could not immediately make a decision but would have to do some research first.

"I am obliged to follow the correct channel of the chief selection process. Everything that I do should be in line with the traditional laws of this land. Due to the controversy surrounding this matter, a decision will only be reached after we carry out research," Serima said.local