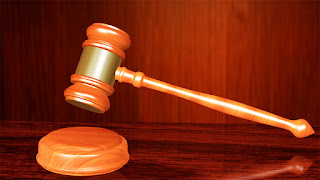 MWENEZI - Bernard Makado (35) an employee of  Mwenezana Estate  who was hired by Kudzai Rufugokuda (30) to transport his scotch cart to Chingwizi but assaulted him along the way and left him unconscious after a misunderstanding, has been convicted of assault.
Makado's co-accused, Energy Nyamakonde (22) was acquitted due to lack of evidence to link him to the offence.
Makado pleaded not guilty to all the two charges but was still was convicted of assault though he was acquitted on the charge of theft of a scotch cart.
He was sentenced to 20 months imprisonment with eight months conditionally suspended. The remaining 12 months were set aside on condition that he performed 420 hours of community service at Mwenezana Clinic. Since Makado is currently employed, he was ordered to execute the sentence over the weekends.
The State case was that sometime in September last year, Rufugokuda hired Makado's truck to carry his scotch cart to Chingwizi intending to deliver it to Dumela village head.
Makado then engaged his workmate, Nyamakonde and the two accompanied Rufugokuda to Chingwizi but on the way they got lost as Rufugokuda was not well-conversant with the route.
This led to a misunderstanding that forced Makado to stop the vehicle and began to severely assault Rufugokuda with open hands and booted feet before leaving him unconscious in the bush.
The two suspects drove the vehicle and later left Rufugokuda's scotch cart at another homestead under Chief Maranda.
The unconscious Rufugokuda was later picked by passer-by who alerted the police leading to the arrest of the two suspects.
As a result of the assault, the complainant sustained a fractured jaw and severe head injuries. He was referred to Neshuro District Hospital from where he was further transferred to Masvingo Provincial Hospital and later on to Parerenyatwa Group of Hospitals.
Angelinah Makonya prosecuted.crime
Share !