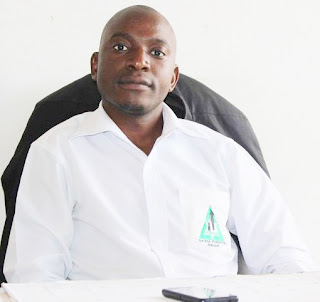 Talent Chivange
Upenyu Chaota
The Zanu PF primary elections that  have been marred by irregularities particularly in Zaka East where the most popular aspiring candidates have been missing from the ballot paper, sparking a boycott by many party supporters have been given another chance.
The party ordered a rerun of the Zaka East primaries following many protestations from both the candidates and their supporters.
Sources privy to the development told TellZim News that most wards did not vote in Zaka East because their preferred candidates were not on the ballot.
Sources said Talent Chivange was the most popular candidate in the constituency before he was disqualified. After Chivange's disqualification, another candidate Clemence Chiduwa emerged as the people's favourite.
However, both Chivange and Chiduwa were not on the ballot paper on voting day, leading to widespread protests throughout the constituency as people accused party leaders of trying to impose a candidate.
Only Nyasha Gavaza and Ringisai Gumbwanda were on the ballot.
A few people who managed to vote on the day preferred little-known Gumbwanda over Gavaza whom they accused of working with the district leadership in disqualifying popular candidates.
"There has been an outcry in Zaka East as the ballot paper came without the names of some candidates who had been on the campaign trail.
"The situation happened in most areas in the province with some voters resorting to writing the missing names by pen on the ballots but that was not the situation in Zaka East where people opted to protest the injustice by refusing to vote and toyi-toying.
"The party has been pressured for a re-run in Zaka East and it seems it has relented," said a source.
The source said national political commissar Rtd Lt Gen Engelbert Rugeje agreed to have a re-run provided all the candidates including Chivange and Chiduwa were given a chance to contest.
Masvingo provincial chairperson Ezra Chadzamira said he received a petition from Zaka East challenging the outcome of the primary elections but said the national elections directorate had the final say.
"We have received a petition from Zaka East but the national elections directorate is in charge of that. They will decided whether to have a re-run or endorse the results," said Chadzamira.politics
Share !