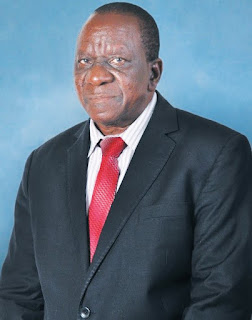 MASHAVA - Great Zimbabwe University (GZU) Vice-Chancellor, Professor Rungano Zvobgo on Monday addressed students at Chemberi Stadium where he criticised the demonstrations that rocked Mashava campus on April 12.
Zvobgo described the protests as an absurd way of bringing out grievances, saying students should have used 'appropriate' methods of engagement.
"We say no to demonstrations and damage of school property. Why should we demonstrate instead of sitting down and discussing issues at stake in a peaceful manner? We accepted that we were wrong, wrong and wrong that is why we did not take stern measures on students who vandalised public property...but we say no to demonstrations; that is not acceptable," said Zvobgo.
He however acknowledged that services at the campus were bad, blaming poor management for the problems.
"We fail just because we are humans, even some of you supplement (degree modules) when you fail so failure is not your privilege alone. We are also humans. We have failed so we are supplementing; we do not need to destroy the institution that should certificate us. We must be united as one," Zvobgo said.
He said the university was, however, attending to all the problems raised highlighted by students and was working towards additional soccer grounds, improving the menu in the dining hall, regular cutting of grass on all campus grounds and the installation of Wi-Fi boosters at every section.
Zimbabwe Congress of Students Union (Zicosu) GZU Chapter chairperson, Kelvin Kasiwulaya also said his organisation believed in dialogue and not violence.
The demonstrations took the university by surprise, with students running riot over many grievances including a sudden increase in tuition fees, poor management, poor Wi-Fi connectivity, bad food in the dining hall and a poorly-resourced library.
The demonstrations started peacefully but turned violent after riot police threw tear gas canisters in a bid to disperse the students, leading to damage of property and looting.
Seven students suspected to be the ring leaders were later arrested, and their case was still in the courts of law by the time of writing.local