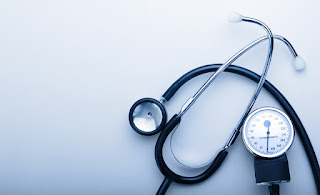 BIKITA – A junior medical doctor at Harare Hospital who is also a member of the Zimbabwe Diabetes Association (ZDA), Dr Nyasha Mupangabuwe has warned people to reduce consumption of super refined foods that he said posed a hazard to health.
Dr Mupangabuwe was part of a team of nine doctors from the hospital who recently visited Mashoko in Bikita South for some voluntary medical work.
Their visit was facilitated by the Masvingo chapter of the ZDA in partnership with Triangle Lions Club.
They brought a mobile clinic where more than 150 people were freely tested for diabetes high blood pressure.
Dr Mupangabuwe told TellZim News that people were being encouraged to lose weight and eat healthier meals.
"Diabetes is growing at an exponential rate due to super refined foods that have become the order of the day in most urban and rural homes.
"People should desist from taking super-refined foods and get back to their traditional meals that have been proven to be much healthier. Many people in urban areas are becoming diabetic due to daily access to super-refined foods," said Mupangabuwe.
Super-refined foods include polony, tinned meat, all kinds of sausages, white bread, biscuits, pies, muffins, cheese and most cereals.
ZDA provincial chairperson, Edmore Veterai said there were many misconceptions about diabetes for example, that diabetes is only limited to older, overweight people.
"We need to impart more knowledge to our people on diabetes as it seems many people are being misinformed," said Veterai.
Lions Club regional chairperson, Cosmas Chisare said rural communities lacked knowledge on how to better manage diabetes.
"Awareness in rural areas is lacking so as Lions Club, we have seen it necessary to chip in by working with important stakeholders like the Zimbabwe Diabetic Association. We don't do it alone but with service providers," said Chisare.health
Share !