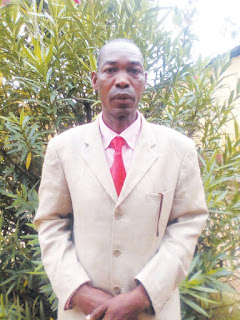 ZAKA - Having for many years been haunted by memories of June 2008 political violence during the presidential election run-off, Zaka- Jerera remains one of the areas that still require a comprehensive peace, healing and reconciliation processes, it has been said.

It is against this background that Walter Rice, a teacher at Zibhowa Primary School has written a poem about unity as a way of sending out a message to communities to shun political violence during the upcoming general elections.
In an interview with TellZim News, Rice said he saw it prudent to educate communities about the importance of unity despite political differences especially now that the nation approaches the critical general elections.

"I thought of writing a poem on unity based on the background that areas like Zaka and Bikita are the ones affected by political violence in the previous elections. My message therefore is that communities should avoid violence despite political differences they may have.
"We are not fighting for individuals to gain political posts but rather, our fight is for national development therefore development comes through unity," said Rice.

He said poetry has always been his passion and has in the recent past written a hard-hitting poem against corruption which he said was a vice which erodes people's dignity.

For ten years, there has not been any meaningful healing and reconciliation processes in Zaka, with critics saying the perpetrators of the horrific political violence are still walking scot-free, leaving a dark cloud hanging on communities that experienced the brutality first hand.
The country is yet to hold an election in few months to come, the first election in the post-Mugabe era.
President Emerson Mnangagwa has been calling for free and fair elections and people are waiting to see if he will live up to his word for a violence-free poll.local
Share !