Home » Health » Teenage pregnancy: Is there a solution?

Teenage pregnancy: Is there a solution? 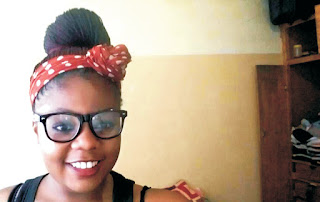 Almost every parent that I have come across before is quick to point out children of nowadays as too forward, irresponsible and immoral. The western culture imitated by most of the youths is unethical to the older generation. The question now is how do we strike a balance and shift from the generation gap as a source of our problems and differences.
The youthful age is a very important stage in the life of an individual that is full of energy, ideas and zeal to explore. There is no doubt when youth choose to use their energy to perpetuate negative acts, the results are often, if not always, devastating. While some are struggling with sexual pressures from peers, a considerable number has already fallen victim and face the burdens of parenting at tender ages.
In the past, girl children based in rural areas where more vulnerable and were victims of teenage pregnancies than the rest. However, times are changing and this problem has been wide spread not only in rural but also in urban areas. Despite the efforts by the government and society to educate and empower the girl child, no solution to eradicate the problem has been found.
Teenage pregnancy comes with a lot of disadvantages and setbacks to the society at large and to the girl child mostly. At such a tender age, teenage girls are not yet fit and ready to be mothers both physically and psychologically. Some of the disadvantages include;
~child mortality
~low birth weight
~malnourished babies
~child and forced marriages
~divorces
~domestic violence
~sexually transmitted infections
~dropping out of school
~homelessness
It is now a thing of the past to blame the position of a girl child in society for all the times that she is impregnated. Even some who have been exposed to sex education still end up spoiled. Who is to be blamed for all this? I agree abstinence is the greatest and safest way to avoid such but, what is to be done when one fails to play by the rules? There are a number of ways to prevent teenage pregnancies and sometimes sexually contracted infections which might come along with them.
Methods of contraception
~male and female condoms
~morning after pill
~the patch
~spermicides

Knowledge on contraceptive methods which can be used by the youths has been made available to most of them over the past years. However, I believe the biggest challenge is affordability and accessibility. It is therefore important that we unite in doing all we can to reduce teenage pregnancies in our society for the consequences can be far reaching.
Melody is a first year medical student at the Midlands State University. She is a member of the Zimbabwe Medical Students Association (ZiMSA).health
Share !