We can’t account for bond notes in circulation, RBZ admits 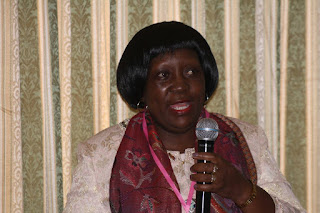 Shingirai Vambe
NYANGA – Reserve Bank of Zimbabwe (RBZ) deputy governor, Dr Jesimeni Chipika has said the central bank can no longer account for the bond notes and coins that are in circulation due to massive hoarding of the surrogate currency.
She was speaking at a winter school programme organised by the Zimbabwe Association of Micro Finance Institutions (Zamfa) last week.
"The RBZ can't account for the bond notes and coins on the market because those doing business are holding onto the money," said Chipika when the issue of shortage of case was raised.
She also blamed the black market for the crisis, saying the illegal practice was depriving the economy of a lifeline by holding onto cash that must otherwise be circulating in formal banking channels.
"The cash crisis is a symptom of lack of foreign exchange in the country. As long as our foreign currency earnings are not big enough to meet the demand, it surfaces as a crisis since we are in a dollarised economy and our exchange earnings should be in foreign currency," Chipika said.
She said the central bank would want to create and nurture an environment which improves the ease of doing business to sustain a positive credit culture in Zimbabwe and take the microfinance business to a higher level.
Parliamentary Portfolio Committee on Finance chairperson, David Chapfika acknowledged the problems that doing business in an economy with no cash present, and encouraged people to continue using digital money.
"Go digital. Even the Minister of Finance has said that is the solution. We are copying from Kenya and we have even surpassed them. We are recognised as number one in trading in a new digital era. Kenya is the number two economy that is running without cash in the market," said Chapfika.
Zamfi chairperson, Patrick Mangwendeza, however, said it was unfortunate that authorities were pushing for a more cashless society as a solution to the problems without reducing the cost of electronic transactions.
"As RBZ tries to engage with financial players in the country, it still fails to regulate the charges. Banks are recording massive profits through cashless transactions and that is abnormal in an economy that is trying to engage new investors," said Mangwendeza.top story