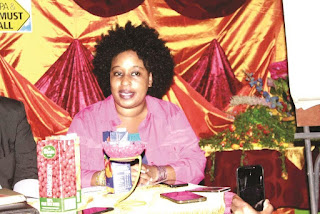 MUTARE - MDC-T (Khupe) aspiring Dangamvura - Chikanga parliamentary candidate, Lynnette Mudewe told journalists last Friday that her name could not be found on the voters' roll on the day of the nomination court at the Mutare Magistrate's Court.
"My name did not appear on the voter's role and only after providing my registration slip, the official contacted the command centre for confirmation and then I filed my papers," said Mudewe.
She was speaking at a panel discussion organised by MISA Zimbabwe in Mutare on June 15, one day after the nomination court.
Mudehwe also revealed that after she registered to vote, she received an sms from the Zimbabwe Electoral Commission (Zec) with her correct details.
She accused the electoral management body of doing a shoddy job, saying her experience pointed to a situation where many people who registered to vote could be missing from the voters' roll.
"Why did Zec waste millions of dollars to acquire a system they can't operate?" quipped Mudehwe, suggesting that many people could be turned away on voting day.
"As much as we appreciate the digital era we are in, Zec seems not able to efficiently use the BVR system and these elections could be the worst after Tobaiwa Mudede," charged Mudewe.
There have been conflicting reports on the release of the voters' roll, with opposition political parties piling pressure upon Zec to reveal the electronic version of the roll.
The electoral administration body itself, however, has been sending mixed signals saying the voters' roll will be released at an appropriate moment. It later said only the printed copies will be available to stakeholders once the printing work is done.
The MDC Alliance led by Nelson Chamisa has threatened to stop the elections if Zec does not play ball, accusing the body of working in cahoots with Zanu PF to rig the elections through the voters' roll.politics
Share !