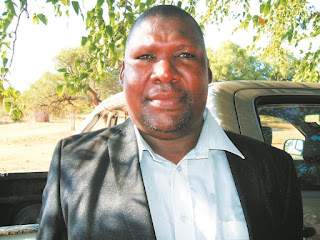 CHIREDZI – The Chiredzi Rural District Council (RDC) has completed five projects that it recently undertook to rapidly implement as a quick-fix solution to some of the nagging challenges faced by the people.
The council tarred the 4.1 km Chiredzi - Hippo Valley Road, implemented the Rupangwana and Chibwedziva piped water schemes, Gweseche Clinic, which is not yet complete, and the Gudo Clinic which was commissioned last week.
Chiredzi RDC Chief Executive Officer (CEO) Isaac Matsilele told the Minister of State for Masvingo Provincial Affairs, Josaya Hungwe in a briefing at council offices that the projects were an important part of the local authority's developmental plans.
"From January this year, under the patronage of the new dispensation, we identified five projects that were supposed to be completed in 100 days. Some of the projects were completed and others will be completed in the next 100 days.
"We constructed two clinics, Gudo, which is complete and Gwaseche, which are still under construction. We also completed construction of a 4.1 kilometre tarred road from Chiredzi to Hippo Valley. Some 3.3 km were constructed last year to make it 7.4 kilometres.
"We are also re-gravelling a 28 km stretch of the Makambe - Madzingira Road which is now at 60 percent complete. We recently finished construction of two piped water schemes in Rupangwana and Chibwedziva," said Matsilele.
Hungwe said he was humbled by the council's efforts to improve conditions in the areas under its jurisdiction.
"This is the longest wide road I have so far commissioned in Masvingo province and I think the longest across the country as well," said Hungwe.local
Share !