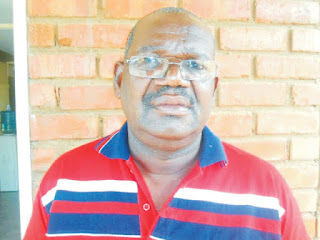 ... as Gono quits in protest against Hwarare involvement

CHIREDZI - Farai Musikavanhu's Chiredzi West campaign has hit turbulent waters after Rtd Maj Faster Gono left in protest against the involvement of Addmore Hwarare whom he accuses of corruption
Gono, who is secretary general of the powerful Zimbabwe Sugar Milling Industry Workers Union (ZSMIWU), withdrew from the campaign team saying he could not work with a person who almost ruined the workers' union during his time at the helm.
He was annoyed after Hwarare, who joined Musikavanhu's campaign team last week, addressed a rally that was attended by the Zanu PF provincial leadership and war veterans in Ward 27, Mutirikwi, in Triangle.
Afterwards, Gono told TellZim News that involving Hwarare in the campaign was political suicide because thousands of sugarcane plantation workers, who form the bulk of Chiredzi West voters, do not want anything to do with him.
"I totally disassociated myself and the union from the campaign the very day our provincial chairperson Ezra Chadzamira invited Cde Hwarare to present his ill-gotten donations to the party during the rally.
"Remember, workers are still footing the costs of Hwarare's $300 000 Fidelity debacle. Here is a man who burnt the ZSMIWU offices to destroy evidence. It's a shame that such a person is allowed to join us. I cannot allow myself to be associated with such corruption," said Gono.
When contacted for comment, Hwarare justified his presence on Musikavanhu's campaign trail, saying the party leadership had asked him to do so.
"I was asked by the province to campaign for Musikavanhu because he is facing hard times in Hippo Valley and Triangle. I am a sniper of war and I was a successful commissar for more than 10 years. I know how to execute that duty," said Hwarare.
On his part, Musikavanhu referred all questions back to Gono, saying he did not want to be involved in a personal dispute between two people.
"It's better to ask Captain Gono because I think there are some misunderstanding between him and some party leaders. I personally am on good terms with Captain Gono," said Musikavanhu
Other members of Musikavanhu's campaign team include Jevas Masosota and Ronald Ndava.politics