Gukurahundi not an issue: VP Mohadi 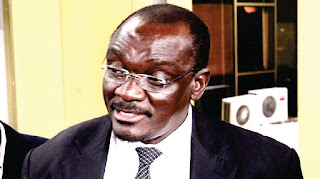 CHIREDZI - Vice President Kembo Mohadi, who is also the Minister of National Peace and Reconciliation, last weekend said the Gukurahundi atrocities that killed mainly Ndebele people in the 1980s, should not be an issue since other ethnic groups also suffered at the hands of the Ndebele in the past.
Addressing hundreds of Zanu PF supporters during a rally at Tshovani Stadium, Mohadi said Shona people, for example, were still pained by Ndebele raids of the pre-colonial period.
"We came a long back. Shona people are complaining that the Ndebele's took our beautiful women and fat cattle. Huh? The Ndebeles are also crying that the Shonas swept us during the Gukurahundi massacres, isn't it? That's what we all say but we have to forgive each other and unite as a nation," said Mohadi.
He said it was not only the Ndebele who were victims of past atrocities as the Shona too suffered at the hands of the Ndebele at some point in history.
"We need national reconciliation and healing as Zimbabweans. I know there were a lot of atrocities which happened even before Ian Smith's era. Taitorerana minda, tichitorerana mombe (We would seize each other's land, cattle) and other things," said Mohadi.
He called for unconditional forgiveness, saying the country could not afford to be held back by misdeeds of the past.
"There are no tribes here, we are all Zimbabweans. Everyone was affected by war and when we fought, we were all the same and called each other as comrades," said Mohadi.
"Even the Bible says forgive. Kana muroyi akakuurayira mwana wako akamuka ngozi handiti inoripwa? Yaripwa iwe unomuuraya here munhu wacho? Handiti zvapera. Kana muchigona kuregerera munhu akakuurayira mwana achida kukupa gumi remombe, what more about us Zimbabweans, what divides us? Huh? (If a witch kills your child and then gets tormented by the avenging spirit, does the spirit not gets appeased? After it gets appeased, do you still seek to kill the witch? It is over, or is it not? Now, if you can forgive the person who killed your child simply because they have paid 10 cattle,…) said Mohadi.top news
Share !