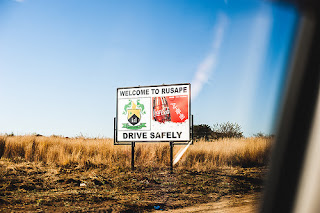 RUSAPE – The man who is accused of working in cahoots with Zanu PF aligned controversial cleric, Trevor Manhanga to violently evict the Smart family from their Lesbury Farm last year has appeared in court facing a raft of charges.
Mujati (62) is being charged with a count of theft as defined in Section 113 of the Criminal Law (Codification and Reform) Act Chapter 9:33 in connection with stealing goods worthy thousands of dollars.
Counts 2,3 and 4 relate to his alleged pointing and discharging of a firearm as defined in Section 27(b) & (d) of the Firearms Act Chapter 10.09.
He appeared before Rusape magistrate Shane Kubonera and pleaded not guilty to all charges and was remanded to June 20 for continuation of trial.
It is the State's case, as presented by prosecutor Gift Mutigwa, that on June 24, 2017 at Lesbury Farm, Mujati pointed and fired at Robert Smart and his workers without lawful cause, resulting in the complainant's vehicle getting damaged.
Smart had wanted to go and collect his belongings that he had failed to remove from the property when the mayhem has started earlier on.
His workers fled to the nearby mountain where they stayed for some days after Mujati fired gunshots and intimidated them.
The rifles that were used in the alleged offence have since been taken for scientific examination, with the ballistics report confirming that they were indeed fire there about. It was stated that this happened during the period between June 22 and December 14, 2017.
Mujati was represented by Taura Khuphe of Khuphe Law Chambers.
The Smart family's story made headlines from the time they were evicted violently to the time they returned to the farm with the aid of the new Minister of State for Manicaland Provincial Affairs, Monica Mutsvangwa following the removal of Robert Mugabe from power.
The Smart family was surprised to receive an eviction order from the Mutare sheriff in the presence of officer of the Zimbabwe Republic Police (ZRP).
Smart and his son Daryl initially resisted eviction but they were both forced out with allegations that the ZRP Support Unit was involved in the violence.
After their eventual return, the Smarts reported Mujati to the police that he had stolen their household goods, agricultural inputs and farming equipment that he stashed at his house.
The stolen property, with a reported worth of US$25 000, was recovered in the possession of Mujati.local
Share !