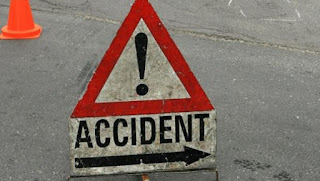 Chenai Nziramasanga (16) a form 4 pupil at Masvingo Christian College was hit a by a speeding vehicle at Yeukai shops in Mucheke and died on the spot while her friend sustained serious injuries last Sunday.
The injured friend was rushed to Masvingo General Hospital where she was admitted and was said to be critical by the time of writing.
Acting provincial police spokesperson, Assistant Inspector Kudakwashe Dhewa confirmed the incident and warned motorists from speeding especially in residential areas where there are a lot of people in and near the roads.
"Motorists should desist from over speeding especially in high density suburbs and they also have to be cautious when travelling," said Dhewa.
Eyewitnesses who spoke to this publication said Edison Zvavara (49), who was driving a Toyota Avensis, lost control of the vehicle and veered off the road and crashed into Chenai and her friend who were at a market stall.local
Share !