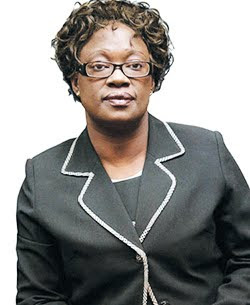 HARARE - As the country celebrates five years into its new constitution, the bill of rights has been violated left, right and centre with the ruling Zanu PF party and the Zimbabwe Republic Police (ZRP) being fingered as the chief culprits.
The 2017 State of Human Rights Report by the Zimbabwe Human Rights NGO Forum castigates the violations of human rights by key institutions.
The reports also castigates the military for the November 15, 2017 coup which is said to have trashed the country's constitution.
"For 2017, quantitatively, Zanu PF and the Zimbabwe Republic Police (ZRP) were the main perpetrators of human rights violations. In 2017 only, ZRP were the lead perpetrator in illegally evicting 933 families.
"The police were the easy tool for the state to deal with social unrest as they continued to use heavy-handed tactics to deal with vendors and silence dissenting voices," reads the report.
The report suggests that a total of 5 707 violations related to the demand of voter registration slips was perpetrated by the ruling Zanu PF sympathisers.
A total of 48 000 cases of rights violations against school children when they were bused to attend Zanu PF rallies.
"Zimbabwe went through very dramatic experiences in 2017. Political temperatures within the ruling Zanu PF party reached a boiling point on November 15 when the military overthrew Robert Mugabe's government.
"Nine days later, Mugabe's former deputy Emmerson Mnangagwa, was sworn in as the new Zimbabwe's President. The nine days in which the country was under the control of the military are shrouded in mystery.
"The country's constitution was completely overthrown as the President was effectively put under house arrest," reads the report.
Other perpetrators on the list of violators include the Zimbabwe National Army (ZNA), traditional leaders, municipal police, Central Intelligence Organisation (CIO), Zimbabwe Consolidated Diamond Company (ZCDC) and some school authorities.
The Zimbabwe Human Rights NGO Forum has also launched the 'Our Police. Anti-Impunity Campaign' which aims at creating dialogue between the police and members of the public.
The campaign will give members of the public an opportunity to report violations perpetrated by the police in their areas across the country.local
Share !