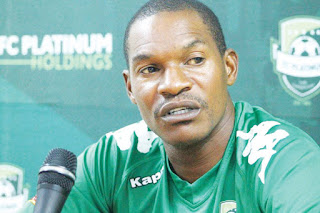 ZVISHAVANE - All is set for the Zvishavane derby which is promising fireworks as is always the norm when the two Zvishavane giants, FC Platinum and Shabanie FC, fight for territorial dominance.
On paper, the platinum miners are a better side while the asbestos miners go into the match with the underdog tag.
Bvaru Bvaru are on a rebuilding exercise after losing the bulk of the senior players who left after the end of the previous season.
They rely mainly on a youthful side that still has a lot to learn in the premiership while their rivals are well-financed and have a pool of senior players from where Norman Mapeza and his technical team can make choices.
The last time the two sides clashed, FC Platinum won by two goals to nil but Bvaru Bvaru could have pulled one back had Farai Mupasiri, who has since crossed the great divide to join FC Platinum, not fallen down before exploiting one excellent chance in the second half.
Both teams' gears are up for this game after picking up maximum points in their latest PSL encounters.
FC Platinum outclassed Chicken Inn 2-0 away from home while Shabanie FC beat new boys Bulawayo Chiefs 2-1 at home; their first victory at Maglas Stadium in the 2018 season after drawing six times and losing once at their home ground.
Meanwhile Pure Platinum Play have never lost a game at home this season and have settled for a draw only once at their Mandava Stadium fortress where they were held to a goalless draw by Black Rhinos last month.
Shabanie Mine FC media liaison officer, Wenston Wesley told TellZim News that they were playing to win and that they had respect for their opponents.
"We will play to win the match and cement our giant status in the town and to make our maroon family happy. FC Platinum are our neighbours, yes we respect them outside the field of play but on the pitch, we will feast on them.
"With our 12th player, that is our fans, around, we surely feel pity for FC Platinum. I urge all our fans to come in their big numbers so that we paint Zvishavane maroon and white," said Wesley.
He also urged fans from both camps to shun violence and respect the outcome of the match.sport
Share !