All set for ‘Go and vote’ campaign launch at Jerera 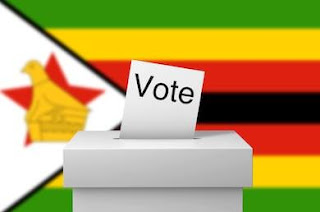 ZAKA - All roads are this week Friday leading to Jerera growth point where the Community Tolerance, Reconciliation and Development (COTRAD), in partnership with Heal Zimbabwe, will launch their Go Out And Vote campaign of initiatives against voter apathy especially among the youth.
The event will be boosted by the presence of an array of popular Zim Dancehall artists, with David 'Sabhuku Vharazipi' Mubaiwa and the 'Chairman' – of the Vharazipi fame – being the directors of ceremonies.
Artists that will be will performing at the road show are Tocky Vibes, Freeman, Lady Squanda and Jah Signal.
Speaking to Tell Zimbabwe, COTRAD programmes manager, Zivanai Mazorodzi encouraged all those who registered as voters to take the final step on July 30 by going out in their numbers to vote for the candidates they want.
He said the youth, women, people with disabilities and first time voters in general were particularly being encouraged to take a stand in the elections as theirs will be a call for the recognition of their issues.
"As COTRAD, we are saying the Biometric Voters' Roll (BVR) has been closed and thank you to all those who went out to register as voters. But there remains the most important step to take on July 30. Let us continue with the cycle by going out in our large numbers to our respective polling stations and vote in peace.
"We encourage women and the youth to take this as their election which will decide whether or not their issues, as the biggest demographic group of citizens and registered voters, will be find space in the policy making discourse of the country. Their votes alone have the potential to decide winners or losers," said Muzorodzi.
He also said similar campaigns will also be done in other districts such as Mwenezi, Gutu and Bikita this month.local
Share !