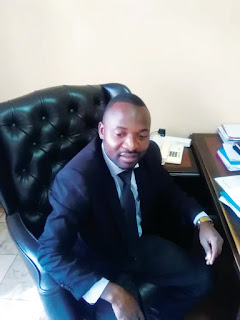 Build Zimbabwe Alliance parliamentary candidate for Masvingo South, Knowledge Mabvuure is reveling in the infighting characterizing the MDC Alliance and Zanu PF campaigns in the constituency, with the hope that it is giving him an urge over those opponents.
Mabvuure, a youthful lawyer with Chihambakwe and Makonese Legal Practitioners, is aiming to snatch the seat that had been held by Zanu PF's Walter Mzembi before his expulsion from the party in the wake of the coup that toppled Robert Mugabe last November.
He said the fact that the MDC Alliance fielded two candidates in the constituency, and that Zanu PF members disillusioned by the party's chaotic primaries were contesting as independents made the Noah Manyika-led BZA the only party capable of representing the genuine interests of the people of Masvingo South.
"Build Zimbabwe Alliance had a smooth candidate selection process and there was no acrimony as has happened in other parties. It shows we are not motivated by greed and selfish interests; we are there to serve the people," said Mabvuure.
Mabvuure is contesting against Zanu PF-linked independents; Victor Vengeyi and Action Haruchenjerwi as well as other candidates that include Justin Makota (MDC Alliance), Lovemore Matongo (MDC Alliance), Claudius Maronge (Zanu PF) and Tawanda Mavhaire (PRC).
"We represent the best that still remains on the country's dishonesty political landscape. We are guided by our manifesto, which has been ranked among the best, to effect positive change in our communities. Masvingo South will never be the same with BZA leadership," said Mabvuure.
He said the constituency had a lot of potential in terms of projects, with only good leadership and representation in parliament the only missing link.
"We have seen many MPs coming and going but nothing has changed for the people on the ground. I will work to reverse the many years of neglect that we have suffered as a constituency," Mabvuure said.local
Share !