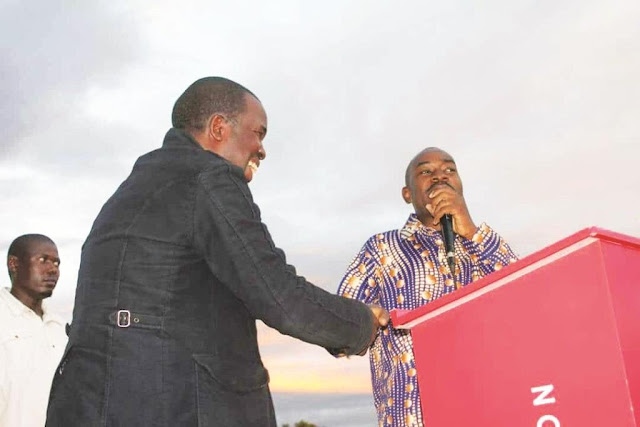 CHIMANIMANI - Addressing a fully subscribed rally held at Nhedziwa growth point last week Thursday, MDC Alliance presidential candidate, Nelson Chamisa congratulated in advance the aspiring parliamentary candidate for Chimanimani West, Canaan Matiashe whom he said was assured of victory come July 30.
The MDC Alliance leader told his supporters that he wanted to congratulate Matiashe in advance because he had already won the upcoming general election.
"If you fail to be the Member of Parliament (MP) for this constituency Matiashe, it would not be an election because as I see, you have already won the election, let me congratulate you," said Chamisa.
Alliance's presidential candidate proved that he had great hopes of winning the forthcoming elections, telling the crowd that he would want to see Matiashe in parliament and also at the State House.
"See you in parliament and also at the inauguration at State House, God bless you," said the MDC Alliance leader.
Chamisa described the MDC Alliance parliamentary candidate as a hardworking person who had people at heart. He also praised Matiashe for the ambulance that he donated to the constituency.
The MDC Alliance leader also urged the crowd to support Matiashe, saying he was a person who had a vision of developing the constituency.politics
Share !