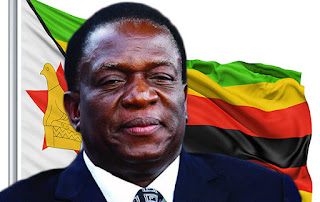 CHIREDZI - Zimbabwe Sugar Milling Industry Workers Union (ZSMIWU) secretary general, Rtd Major Faster Gono has pointed out that President Emmerson Mnangagwa is against the seizure of land from Tongaat Hulett, saying the case of the 4000 hectares that was confiscated from the company was punishment for the abuse that employees of the sugar company suffered.
Addressing Zanu PF supporters in Mufakose, Triangle to drum up support for Zanu PF's Chiredzi West aspiring legislator Farai Musikavanhu last weekend, Gono said Mnangagwa wanted the security of both the worker and the company.
"In February this year, I met President Mnangagwa at his farm to discuss the land grab here in Chiredzi. He asked me why I wanted the 4000 hectares to be returned to Tongaat when we were complaining that the company was ill-treating workers. It was hard for me to answer to that question," said Gono.
He criticised the leadership of Tongaat Hulett managing director Sydney Mutsambiwa, saying he could have done better to save the company's land from being seized.

"If Mutsambiwa had a good relationship with workers, not even a small piece of the land could have been taken from his company. Cde Mnangagwa is for business and hates ill-treatment of workers," said Gono.
"Havaimbozogona kushaya pekutsunya napo Mutsambiwa iye akadzipa vana vavo (His conduct gave people a good excuse to take the land as revenge)," Gono said.
He also defended Musikavanhu from accusations that he is advocating for the seizure of more land from the company, saying just like the President, Musikavanhu was against job losses and will not do anything which threatens the job security of workers.
"It's a lie that Musikavanhu is advocating for land seizures. I will quit as secretary general of ZSMIWU if that happens. It's just a smear campaign from rivals who want to divide us," said Gono.politics
Share !