‘Elections not free and fair’ 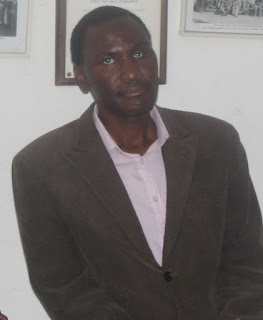 
…people with disabilities condemn upcoming poll
Tiyani Hahlani
People with disabilities in Masvingo have already dismissed the July 30 elections as not free and fair, saying the government's failure to print a Braille ballot paper made the poll discriminatory.
Speaking during a Tell Zimbabwe-organised public dialogue meeting held at Charles Austin Theatre for candidates with special needs on July 24, outspoken disability activist, Pastor Cover Mugwadhi said they will condemn the poll results regardless of who wins.
"We have already ruled the elections not free and fair. Even if our own candidates win, that lack of freeness and fairness will still remain. Look at how government, for example, obstinately refused to print Braille ballot papers for the visually-handicapped voters. That is grossly unfair because it perpetuates our dependence on others while in the ballot booth," said Mugwadhi, who is partially blind himself.
He condemned the High Court's recent decision to reserve judgement in a case by which blind barrister, Abraham Mateta had sought for an order compelling the Zimbabwe Electoral Commission (Zec) to print ballots in Braille.
"The courts reserved judgement as a delaying tactic knowing fully well that the elections were fast approaching. That means visually-impaired voters will depend on the honesty of those who accompany them into the ballot booth to implement their choices.
"We strongly doubt that ZEC even knows the number of people with disabilities per every polling station and the nature of disabilities they have. How can such an election be fair?"
"Right now there are claims that the ballot paper that will be used is chemically designed to migrate the ink to a certain candidate as a way of rigging. Such a scenario is not possible with a Braille ballot because the mark would be imprinted there in a way that is not at all easy, if not possible, to change," said Mugwadhi.
He said the disability lobby had prepared a letter that will be delivered to the Southern Development Community (Sadc) and the African Union (AU) with regards to the conduct of the elections.top news
Share !