Home » Politics » ‘Elections will never be free and fair’

‘Elections will never be free and fair’ 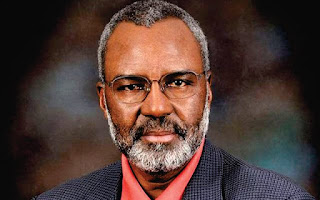 "All is fair in love and war, and in every endeavour of human activity where there is competition, there is cheating."
These were the words of Alliance for the People's Agenda (APA) presidential candidate, Nkosana Moyo during a question and answer session he held with members of the public in Masvingo on Wednesday, July 04.
Moyo said Zanu PF will cheat in the coming elections, and advised that opposition parties should make sure that they implement measures to make cheating impossible.
Addressing a handful of stakeholders at Civic Centre yesterday Moyo said cheating was to be expected in any competition and Zanu PF, with the help of the Zimbabwe Electoral Commission (Zec), will try to cheat in the July 30 harmonised polls.
"It would be buffoonery to think that Zec will play a neutral role in this election. Zec is an arm of Zanu PF and the chairperson, Justice Priscilla Chigumba was appointed by President Mnangagwa.
"Chigumba will never bite the hand that feeds her. If Chigumba was appointed by a neutral panel which has the best interests for the people of Zimbabwe at heart, there would be some reason to believe Zec will do justice in this election.
"This will not be the case and Zanu PF will cheat but we will try to implement measures to stop the cheating," said Moyo.
He warned that opposition parties were wasting their time fighting Zec when the election date is getting closer by the day.
"The opposition parties are investing their energy in the wrong areas. They should be making sure that they have their agents in place to keep a watchful eye against cheating.
"We will deploy our agents on every polling station and they will not leave until the counting has been completed and results displayed," said Moyo.
He said opposition agents were to blame at times because they give Zanu PF the chance to rig elections.
"Zanu PF is clever and they will do everything to cheat in this election. Our agents used to leave the polling station to go find food and Zanu PF in connivance with Zec would stuff more ballots in the box.
"We will not be caught off guard this time. We are going to make sure that we take responsibility of our votes," said Moyo.
Moyo said even in sports, cheating is found hence the putting in place of measures to counter the bad practice.
"You see players taking drugs to try and gain competitive advantage but authorities there have a way of dealing with that. There is match-fixing in football and again the authorities have devised means to deal with that challenge.
"So in this election, Zanu PF will try and cheat but we will be watching them," said Moyo.
Moyo's fears are being shared by the MDC Alliance presidential candidate Nelson Chamisa who has, of late, taken the fight to Zec over the irregularities with the voters' roll and the whole electoral process.
Political analyst Dr Takavafira Zhou said Zec does not want a free and fair election and will do anything to rig on behalf of Zanu PF.
"Zec, as an appendage of the State, will try to rig this election for Zanu PF. If you look at how they have been dragging their feet against issuing the voters' roll and how they resisted releasing the provisional voters' roll, you will realise something is cooking.
"Why does the opposition parties have to go through the courts to make Zec do their job? Zanu PF will try to divert attention just like they did with the Bulawayo bomb to ease pressure on Zec while they do their weird gymnastics," said Zhou.politics