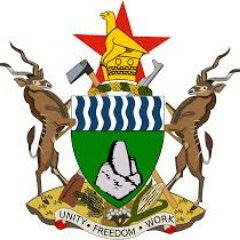 CHIREDZI - The Ministry of Public Services, Labour and Social Services has been praised for organising a career guidance day at Alpha Mpapa High School, Chikombedzi, an area that are often overlooked in many respects.
Parents and children who spoke to TellZim News during the event last week said they were happy that they had finally been noticed as worthy of the programme.
The ministry's provincial careers day coordinator, Michael Zwizwai said more than 1000 chil-dren from various schools participated in the event while 34 organisations came to exhibit.
"Some 1 940 students attended the Chiredzi district careers day, 291 of them being grade seven pupils from 13 primary schools. A total of 34 organisations talked to the pupils on various train-ing opportunities leading to specific career paths and employment chances.
"Three universities; Lupane, Mindlands and Gwanda travelled all the way and participated," said Zwizwai.
A pupil from Malipati High School said he benefited much from the event as new career paths that he had never heard of were unpacked.
"There are many employment opportunities that I had never came across or heard of. I have attained vital knowledge from this event," he said.
Miriam Makhuleke, a pupil from Alpha Mpapa High School said she was pleased to have the opportunity to interact with people from various sectors of the economy.
"This was very helpful because we now have knowledge on what is really required for one to get into a specific sector. This will help us to make wise choices from an early stage," said Ma-khuleke.
TellZim News also participated at the event, with some pupils showing keen interest to explore the media industry when they are done with school.education