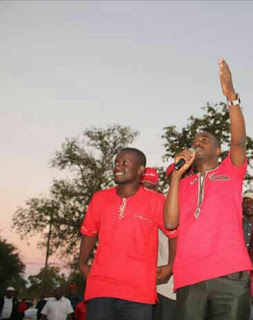 MWENEZI - The dominance of 'outdated' minds in most rural district councils is an obstacle to development and there must be fresh minds in the local authorities to reverse the trend, MDC-T district youth secretary Lovemore Mapuranga has said.
The 29-year-old Mapuranga, who is contesting for the Ward 2 seat under the MDC Alliance banner, said many youth-focused initiatives had failed to take off in the district because the youth had chosen not to run for political office and were therefore not decision-makers.
"For years now, local government posts have been occupied by the same old clueless characters, most whom seem not to understand the duties of a councillor. Fresh and innovative minds that think outside the box should now take over. In Ward 2, we have dams that are supposed to be fully-utilised for the benefit of the community but they remain underutilised.
"For the purpose of pushing meaningful development and vigorously influencing projects for youths and women, I am running for councillor. For youths' voices to be effectively heard, they need to be part and parcel of the system which makes critical decisions," said Mapuranga.
Mapuranga holds a Bachelor of Social Sciences honours in Sociology and is the youngest councillor aspirant in the district.
He said his campaign was going largely well and had been received by people of all age groups who are keen to see a different calibre of leadership in the council.
"Recently, some of my supporters were intimidated by war veterans from within the ward. They were moving around warning people against voting for the opposition but I am sure I will win if the election is held in a truly free and fair environment," said Mapuranga.
Mapuranga is contesting against three other candidates; current Councillor Munyaradzi Sigogo, who is running as an independent after Zanu PF disowned him for flirting with the opposition, Simbai Dziva who is also an independent, and Zephaniah Zhou of Zanu PF.politics